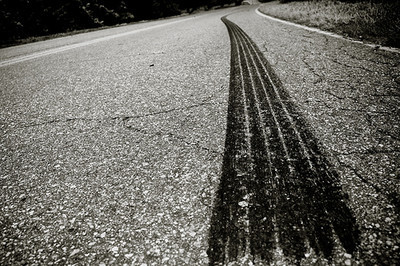 An interview with Cynthia Bourgeault by Keely Bays, a teacher and devoted practicioner of the contemplative path in Victoria, BC.

The Question: How to practice “so that life becomes, just by its very frustratingness, a wonderful opportunity to pray without ceasing”

Keely: How do you use Centering Prayer, the Welcoming Prayer, or other practices in your daily life? Aside from your regular practice sit, how does your practice show up in your activities of daily life?

Cynthia: “The first thing is to really realize what you’re doing when you’re actually sitting in Centering Prayer itself. And it’s such a simple fact that it’s often overlooked by people.  It’s the wheat that most people think is the chaff. So what you’re doing in Centering Prayer if you’re a typical human being is you have a fair number of thoughts in a 20 minute period

so you’re letting them go as much as you remember to and are willing to do it, and as you do that you’re making a subtle energetic gesture. You’re moving your attention from a subject-object relationship to an open attentiveness. You’re moving from a state of inner constriction to a state of inner openness and awareness. You’re practicing this over and over and over in Centering Prayer and imprinting this capacity to make this releasing gesture, and to recognize it as the very pathway of prayer.

I love the story that Thomas Keating tells, when the nun who tried Centering Prayer for the first time says, “Oh, Father Thomas, I’m a failure at this prayer. In twenty minutes I’ve had ten thousand thoughts.” And he says, “How lovely – ten thousand opportunities to return to God.”  So what we’re doing in Centering Prayer, during the prayer time, is practicing release. I call the prayer “Bootcamp in Gethsemane” sometimes because we’re doing this releasing of our thinking, of our attachment to our stuff, in solidarity with Jesus’ “not my will but thine be done oh lord,” and we’re imprinting this as a predisposition in our neural system, in our brain-heart wiring.

So all that remains then is to carry this out into daily life, and since we’ve been already laying down the foundation, it’s sort of like practicing scales in your piano practicing period and now all you have to do is apply them to the sonata when you’re actually playing it. What happens is that life tends to delivers us an amazing amount of opportunities to practice recovering from irritation and frustration. So then when you get in a situation in life where your typical default position would be to get angry or to be pushed right out of your spiritual practice, because you’re really mad at how these people did this to you, that same little gesture comes up from Centering Prayer often with your sacred word right attached to it to remind you, oh yes, here’s an opportunities when we can move from constriction to openness again.

So we learn to practice it and that’s the ground that’s covered particularly in this welcoming practice, so that all the frustrations and things that life coughs up on our plate, and all the constrictions and all the tensions become opportunities to apply this gift of consciousness, rather than just have buttons that are pushed reactively.

That’s the second step, and then the third step is to realize you can do this equally well and even more forcefully when you get in those occasional situations that happen to even the worst of us, when our false self programmes are appeased and we best an opponent, or we’ve convinced the rest of the crew that our scheme is the best, and you feel those feelings of inflation and say ‘oh, it’s just the holy spirit…’ Then we can use that same practice to restore the equanimity inside because being attached to self-satisfaction is just another form of attachment. So in other words, by recognizing the heart of Centering Prayer is practicing this release motion, in solidarity with Christ, and that releasing your thoughts during prayer time and releasing your emotions during life time are all a part of that same release that you’ve begun to imprint in yourself as the pathway of prayer, that’s how you practice so that life becomes, just by its very frustratingness, a wonderful opportunity to pray without ceasing.

Keely: I was talking to a teacher and healer of a shamanic tradition the other day and she really emphasized not only sitting in contemplation but having practices that are active as well, such as tai chi and chi gong, or things that serve as a bridge between the inward-focused, still, contemplative state, and active, physical movement.

It’s been some of the great practices, particularly in Sufi traditions, to really insist on this,

that they aren’t two separate modes. But I know a lot of people think that contemplation happens only when you’re sitting in deep rapt adoration and I know that’s one definition of it but it’s not one I particularly agree with. I think contemplation is really being carried on when there’s no resistance of the oppositional self-reflecting egoic self talking back at you all the time. And of course the sitting meditation trains us to do a certain part of it,  and of course your shamanic teacher is exactly right because until the body is participating in our transformation, it’s unbalanced. But the trick is simply to carry contemplation into and through the entire physical body and moving form rather than sitting form, rather than saying we’re moving from contemplation to action.

Keely: I’ve noticed for myself that it can be easy to form this contemplative ‘bubble’ and then there’s still a turning away from the world and a resistance.

Cynthia: Exactly.  And if you get the idea that a lot of meditation has been about in the past,  that you have to be very very quiet before God comes and that God can only get to you in the stillness, this winds up taking us down that primrose path where it looks like everything that is silent and navel-gazing and bubble-enshrouded is holy and anything that is messy and noisy and dynamic is unholy. And that’s exactly the misconception that Jesus came to heal. But we slip into it quite easily.

And as point of fact, we will say that people often do use noise and busyness as ways of escaping themselves and from God and from compassion, and so the work of the silence and the outer methodology of meditation that says  ‘go to a quiet place and turn off your mind and sit and meditate’ is really intended to end the evasion, not to enforce that God’s only there in silence.  We have to be on a kind of learner’s curve where we get comfortable with silence or otherwise we just go back into evasion mode. But once we begin to get comfortable with our own silence, the idea is never to enshrine that as a hallowed place we go to.  We have to bring it inside and use it as a place we come from as we move out into the world, bringing that spaciousness of a silent heart to the concerns and the brokenness and the jumpiness and the bitterness of the world that is around us. So we move from the silence as healing agents. And that should be, I believe, the trajectory that mature spiritual practice is always looking at.

The Fall Triduum – another turn of the spiral
Scroll to top