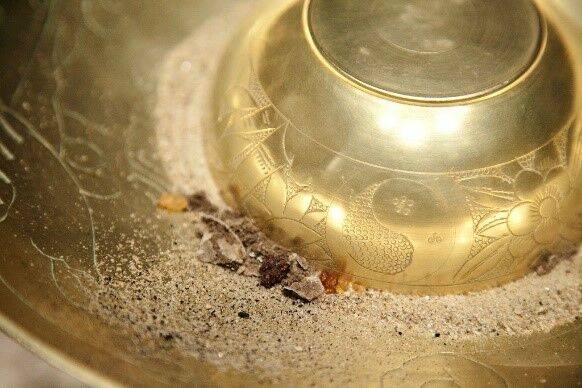 To begin, let me introduce myself: my anthropological research has been shaped by childhood experiences among interreligious contemplatives, particularly my Anglo-Indian father. An early exposure to meditation prompted me to seek deeper knowledge about the extraordinary power of the human capacity for connectedness with the divine and one another. The Monk’s Cell is the result of four years of ethnographic research I did in the Wisdom community, American monasteries, and overseas pilgrimages, where I listened closely for the nuances of the experiential communion that rises through contemplative practices. My intention was to bring a complex depiction of this world to those who do not understand it, especially working to get past academics’ divisive framing of religion as non-rational. Many thanks again to Cynthia Bourgeault and all who have welcomed me into their midst during this research, and also to friends at The Contemplative Society for inviting me to make this contribution.

The Monk’s Cell’s chapters are modeled on an architectural metaphor for “deepening into the divine,” similar to Teresa of Ávila’s Interior Castle. The first chapter, Portico, describes how longing for the divine draws people to contemplative Christianity.

Excerpts from The Monk’s Cell Chapter 1:

Finding a Way to the Door of American Contemplative Christianity


My inner heart was yearning desperately for something I could not name, a space for falling in love . . . I simply knew that the God of my heart was calling me deeper and deeper into silence and solitude. My Beloved was yearning for me . . . and so I sat and listened. As St. Benedict names it, I listened “with the ear of my heart.” . . . I knew I had to go.

Eros and the Call for Intimacy with the Divine

. . . The wall between self and God can become extraordinarily permeable for contemplative Christian practitioners as they work toward an experiential, non-objectified understanding of the divine arising from the “mutuality of desire” between themselves and God . . .

We see their yearning in St. Anthony, the fourth-century Egyptian desert hermit who lived in extreme asceticism, staving off all desire except a passion for God, in the monk St. John Climacus’s seventh-century depiction of divine love as “an abyss of illumination, a fountain of fire, bubbling up to inflame the thirsty soul,” in St. Hildegard von Bingen’s twelfth-century experience of “a fiery light of the greatest brilliancy coming from the opened heavens . . . [which] kindled in my heart and my breast a flame” and in her contemporary, St. Bernard of Clairvaux’s eager search for the “spiritual kiss of Christ’s mouth,” in St. Catherine of Siena’s fourteenth-century visions of her mystical marriage to Jesus, and in the Jesuit priest Teilhard de Chardin’s twentieth-century confession that in his pursuit of the physical sciences and evolutionary theory, including the discovery of Peking Man, he sought Christ and “saw, as though in an ecstasy, that through all nature I was immersed in God.” So, too, the thirst for intimacy with God arose in Brigid’s e-journal, written in the American Midwest in the twenty-first century especially for this research. Together these writings reveal how eros for the divine has had an enduring place in the history of Christianity. Such desire continues to work through the impulses and actions of contemplative Christians today.

For those who are interested in purchasing a copy of The Monk’s Cell, you can receive a 30% discount by ordering online at global.oup.com/academic with promotion code AAFLYG6.