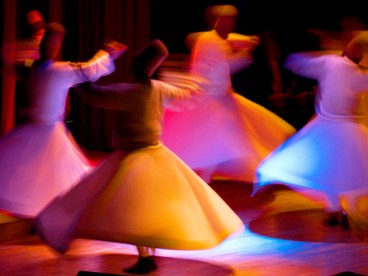 Excerpts from The Monk’s Cell Chapter 7:

The Person as Icon: American Contemplative Christian Ways of Knowing

Continuing with the series of excerpts from The Monk’s Cell: Ritual and Knowledge in American Contemplative Christianity (Oxford University Press, 2018), the seventh chapter, Sanctuary, looks at the dynamics of unitive being, the intersubjective knowledge that rises from training in intentionality and attentiveness through formal ritual and conscious labour.  Using the example of Wisdom Schools and Gurdjieff’s Movements, the chapter also describes how certain individuals and groups develop a capacity to act as icons, that is, conduits of the divine for the greater community.

Transfiguration of the Turkey Carcass:

In the West Virginia Wisdom School in November 2013, Cynthia Bourgeault had set tasks about paying attention to sensations in the body, like identifying and using only the muscles necessary for particular work. She also layered in questions about the relationship of attention and prayer. She qualified her instructions with the comment, “if it interests you,” thus emphasizing the central role of individual will and personal responsibility in undertaking the work with seriousness. Prompted by these tasks and questions, I began experimenting with ridding myself of extraneous sound and movement as a practical way to hone attention. This manifested as a simplification of movement and sound, not as dilution, but rather its opposite: a concentration of movement and sound that inspired feelings of increasing energy in my body. This conscious action resulted in sensations of a densification of energy that nevertheless felt spacious, light, and expansive. I sensed a fluidity and connectedness in my movements, which made them feel as though they extended out past the boundaries of my physical body, connecting with other entities, including other Wisdom School participants. This variety of attention had the sensation of radiating outward, while simultaneously feeling receptive of energies coming from other sources. If I consciously kept attention and presence, these sensations not only continued through any activity I was doing— washing windows, performing Movements, listening or speaking at seminars, eating meals— but also seemed to build in intensity.

By Thursday evening, when I was on clean-up duty after an excellent Thanksgiving dinner that the residential community had prepared for us, I could not only feel “energy” but could actually see colour and light shimmering around me. As I removed a serving platter from the buffet table, the turkey carcass was vivified with heightened, bouncing colour; strong tingling sensations coursed up my arms and into my chest and torso, seeming to pass back and forth between me and the remains of the bird. I also felt vibrations in my lips and forehead, down my arms to the palms of my hands, through my torso, and down my legs to the soles of my feet and past them. These sensations felt like being on fire with energy, creative potential, and alertness, and seemed to extend past turkey carcass into the space beyond, like an expansion of self into the world, a physical connectedness that was simultaneously emanating and receptive. It was as though my body had become porous to other entities and, as one person in my research had said, it almost had a quality of “sexual aliveness.”

Learning about and communicating the ephemeral, like these experiences that transfigured the turkey carcass, are a tricky undertaking for anthropologists. One way of confirming the accuracy of our hermeneutics— our interpretations of what others know and experience— is to listen to what one’s research community has to say about one’s own descriptions. I conveyed these incidents as best I could at discussion periods over a few evenings, describing the sensorial phenomena and changing quality of being through my experiments, and received confirmation that this was within the realm of what contemplatives experienced as conscious presence and unitive being. Using these observations, I answered Cynthia’s Friday morning question, “Where is the intersection of attention and prayer?” I told the group that, if keeping attention was understood as being in concentrated conscious, phenomenological relationship with the divine and all creation, then there was no difference. Cynthia said, “I was hoping someone would take up that task. That’s right. There is no difference between attention and prayer.”

After returning to New England, I met with Br. Gabriel at the Society of Saint John the Evangelist and told him about my experiments with concentrating energy in the body by being highly attentive and by eliminating extraneous movement and sound. I asked him to reflect on my experience in relation to how the monks enacted formalized ritual gestures in their liturgies. Did it make a difference how one physically executed silence, stillness, movement, and sound in the chapel? Did moving with attention make a difference to one’s awakening to the divine? Br. Gabriel pondered a moment, then nodded. “Yes, I think it does. I think attention to movement makes all the difference,” he said.

Ritual is not magic—that is, formulaic actions that elicit set effects. There are no predetermined outcomes to ritualized gesture or sound, yet attentiveness in ritualization encourages certain possibilities. Minimizing action through highly focused sound and concentrated movements is one way that can create bodily environments for the intensification of energy and attentiveness. The standardization of formalized movements of the priest during the Eucharistic prayer in the sanctuary, for example, offers the option of engaging attentively by using one’s performative knowledge and capacity for unknowing to “keep presence,” which contemplatives understand as a way to evoke intimacy with the divine, both for oneself and for the community on whose behalf one acts.

THE MONK’S CELL: RITUAL AND KNOWLEDGE IN AMERICAN CONTEMPLATIVE CHRISTIANITY...
Scroll to top