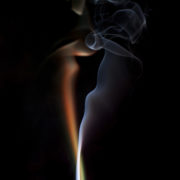 Cynthia Bourgeault has been leading a Lenten e-course from Spirituality & Practice titled, “Becoming Truly Human: Gurdjieff’s Obligolnian Strivings”. As Easter approaches, we offer a brief excerpt of Cynthia’s commentary from that course in the midst of Holy Week. To purchase the entire e-course (available on-demand soon), please visit Spirituality & Practice.

It’s one thing to be willing and able to help a fellow being: to send them strength, reassurance, even an energetic boost. But is it possible to actually change places with them so that we take the weight on our own shoulders and they are permanently set free?

Definitely not, most spiritual traditions say. In the words of my Sufi teacher, a butcher’s son: “Every mutton hangs by its own leg.” Assistance, yes; baraka, blessing, clarity, counsel, and strength: in all these ways we can help. But spiritual liberation itself is non-transferable. You can’t become conscious unconsciously, by someone else doing it for you. It is the fruit of your own inner work.

I raise this point, obviously, because we are now less than a week out from the beginning of Holy Week. And during that week, Christians universally will be staring straight into the face of the claim that Jesus did precisely what most of the other sacred traditions see as impossible: that he is “the Lamb of God who takes away the sins of the World.”

The usual way in which Christians have come to hear this statement, however, is through the distinctly dark filter of “atonement theology.” In its starkest version, God is seen as being angry with the people of Israel for their repeated backslidings; He requires a human substitute to pay the price. (In Christian fundamentalism this is often languaged as “Jesus died for your sins”.)  The roots of this theology lie in the Old Testament temple ritual, where each year a compulsory scapegoat was sent out into the desert, carrying on its back the collective sin of the Hebrew people. Early Christians simply took over this metaphor and Jesus became the cosmic scapegoat.

The English mystic Charles Williams was working from a whole different model when he brought forward his notion of substituted love, a teaching which had actually been present all along in Christianity, but under-emphasized. Essentially, it overrides the idea of victimhood, that punitive mainstay of atonement theology. Rather than passively enduring a victim’s death at the hands of an angry God, Jesus steps up to the plate and voluntarily offers himself in an intentional act of “lightening the burden of our Common Father” – i.e., taking on his own shoulders a bit of that collective burden of suffering that weighs so heavily upon the human condition.

Fundamentally, for Williams, it’s all about carrying another’s burden. It can be as simple as carrying the shopping bags for an elderly neighbor or as wildly fantastical as taking upon yourself an attack of black magic aimed at your companion (the plot of his own spiritual masterpiece, All Hallows Eve.)  It is widely celebrated in C. S. Lewis’s well-loved fantasy, The Lion, The Witch, and The Wardrobe when the innocent lion-king, Aslan, voluntarily offers his life in payment of the debt incurred by the wayward Edmund. But it is also as concrete and historical as civil rights activist Jonathon Myrick Daniels stepping before the gun of a deputy in Haynesville, Alabama, and taking the bullet aimed at his black companion.

These actions make no sense in the world of formal cause and effect. Nothing really changes; the carnage still goes on. And yet, from each of these examples, there rises a certain fragrance, a deeper and more mysterious scent of what it might mean to be a human being. Precisely situated on the line where kenosis (self-emptying love) crosses “exchange” (“love your neighbor as yourself”), they speak powerfully of a love which is deeper than human origin, and hence, not bound by finitude.

When a candle is snuffed out, it sends up a final plume of smoke, bearing the fragrance of all it has been. When Jesus died on the cross, according to the gospels, the fragrance of his being, rising like incense, knocked the Roman centurion on guard right off his feet. “Truly, this man was the Son of God,” he proclaimed. And the strength of that fragrance still lingers in our world to this day; in fact, it continues to rise.

My friend Kabir Helminski once observed, “Two stones cannot occupy the same space, but two fragrances can.” I offer that image as a way of picturing, perhaps, how this fragrance of substituted love at the heart of the Paschal Mystery might mysteriously intertwine, interpenetrate, and ultimately enfold our sorrowful planet in the at-ONE-ment of its embrace.

Opening to the Eye of the Heart: A Report
Scroll to top