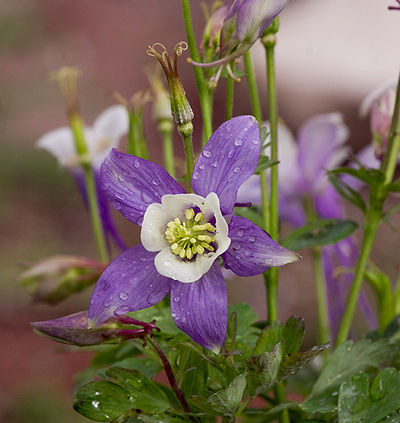 In early December Margaret Haines, founding president of The Contemplative Society, slipped peacefully from this life on her beloved Salt Spring Island, surrounded by family and close friends. She was 86 years old.

Margaret was my mentor and my midwife. She entered my life at a critical point in my own spiritual journey and with her signature combination of clarity, honesty, and tough love pushed me through. Virtually everything I have learned, accomplished, and brought into being in these past fifteen years I owe to her.

When she first walked into my life back in late spring 1994, it was actually Thomas Keating she was looking for. The Anglican parish of Salt Spring Island, of which she was a loyal member, was at that time wrapping up its ambitious expansion of the church in Ganges Village, and Margaret had decided that a proper inauguration of the new facilities would certainly entail a spiritual dedication as well, led by no less than Fr. Thomas Keating himself. This was not entirely a fantasy, since she was at the time one of Thomas’s most dedicated students, in regular correspondence with him. But Thomas, overcommitted and in poor health, eventually convinced her to accept me as his substitute, and that is how I first made the acquaintance of both Margaret and the Anglican Parish of Salt Spring Island.

Margaret was at that point already a significant force in the contemplative renewal in British Columbia. Along with Sandy Gordon, Helen Lindo, and Sister Marguerite LaLonde of the Sisters of Saint Anne, she was a charter member of the coordinating team for an annual eight-day meditation retreat remarkable for both its rigor and its ecumenical spirit. While the Anglican church was always home base for Margaret, she had cast the net wide in her voracious spiritual seeking and was at least twenty years ahead of her time in what would eventually emerge as the InterSpiritual movement. Among her teachers were not only Catholic monks but Tibetan Buddhist rinpoches, Sufi mystics, and Fourth Way masters. She sensed the one universal Spirit shimmering in the radiant silence of all the great traditions, and she thirsted unabashedly for total transformation. She knew virtually every player in the greater contemplative community of Vancouver Island, and her passion for spiritual networking would emerge as the foundation upon which we eventually built The Contemplative Society.

Not all of this was evident, perhaps, at first glance, and Margaret was content to allow her depths to remain hidden until specifically called forth. Only gradually, over my years of getting to know her, did I come to admire more and more the story of her extraordinary journey. She was a feminist decades before the term was even invented—a quiet feminist, to be sure, but a courageous and absolutely indomitable presence who believed that to be a human being entails both the privilege and the responsibility of becoming a self-defining individual. Arriving in Kelowna, BC, in the late 1950s married to a restless dreamer trying his hand as an apple orchardist, she gradually worked her way free: developed her own life, her own livelihood, the freedom to pursue her own spiritual quest within a circle of friends that gradually widened around her.  She moved to Victoria, raised her children to adulthood, became actively involved in the congregation at St. John the Divine, deepened her spiritual practice through Centering Prayer and her growing attraction to contemplative monasticism, both Christian and Buddhist. Who would have guessed what lurked in the soul of this fiery, fierce, wildly imaginative and stubbornly determined spiritual seeker?

When I met her back in 1994, she was still settling in from her most recent adventure in the journey of self-positing. She’d sold her house in Victoria and moved to Salt Spring Island, a place she would happily call home for the rest of her life. The keenness with which she pursued bringing Thomas Keating to Salt Spring Island was vintage Margaret: a gift of gratitude offered with her whole heart, mind, soul, and indomitable will. And when I passed muster as Thomas’s substitute, that same force of her passion and will got directed toward me.  As she came to see my hermit’s heart, my latent gifts as a contemplative teacher—and not long afterwards, my desperate vulnerability when my own hermit teacher back in Colorado died—she resolved to take me under wing. When the Anglican parish of Salt Spring declined to officially adopt me as its resident hermit, Margaret set the wheels turning in that wider network of spiritual friends she’d been so zealously tending, and before long we had an official new organization, The Contemplative Society. It was a pilot effort in the direction of “new wineskins for new wine,” bringing into being an ecumenical, non-parochial organization, deeply rooted in Christian contemplative practice but with an expansive vision to respond to the growing spiritual hunger of our times. Margaret served as its founding president, and I became its first resident teacher.

Today, that all seems like half a world away. I flip through the rolodex of my memories and come upon one after another of those unforgettable Margaret Haines vignettes: those wonderful early days at the Contemplative Centre on Salt Spring, with Margaret firmly in charge of the kitchen during our Benedictine retreats, or showing up on my doorstep at 7 am every Wednesday morning for our weekly Centering Prayer group; the Living Presence classes, those interminable wrasslings at the board meetings when Margaret, Scottish to her very marrow, demanded full accounting for every single penny; the signature Margaret memos, hand-written on recycled scraps of paper; the luminous silence of the Glenairley retreats, the rollicking evenings at the Vesuvius pub when stories gradually came out and friendships deepened; and finally, the gradual disentwining of our lives so closely linked as The Contemplative Society moved to Victoria and I eventually returned to the United States.

When I arrived fulltime in BC to take up my post as hermit and resident teacher for The Contemplative Society, I was only just beginning the voyage into my own emergence as a contemplative teacher.  It was through Margaret that I discovered what would become the cornerstone of my own work: the weaving together of classic contemplative prayer with the transformational practices of the Christian Inner Tradition. Margaret showed me how to do it. Under her tutelage, Benedictine spirituality began to emerge as a school for practical inner work, and transforming union began itself to transform into unitive Wisdom. In this, above all else, she changed my life forever.

But in more subtle ways, it was by the gift of her spirit that she changed me: her compassion, her toughmindedness, her loyalty, her courage, her spiritual force.  I have spoken of her as a mentor and a midwife, but in a much more personal way she was a mother—and not just a spiritual mother, but a flesh and blood mother, who wrapped her heart around me, loved and nagged me into life, and held me accountable to my own becoming. A huge dose of Margaret still lives inside me, and I feel her presence whenever I am called to courage and integrity. She was—and still is, I suspect—one of those hidden teachers whose lives, lived from the deepest wellsprings, flow out as grace upon us all.

Margaret, as you enter this “consummation devoutly to be wished,” may love speed you on your way!

A memorial service for Margaret Haines will be held at All Saints By-the-Sea Anglican Church, 110 Park Drive at Lower Ganges Rd., Salt Spring Island, BC Canada, on Friday, December 16th at 11:30 am.