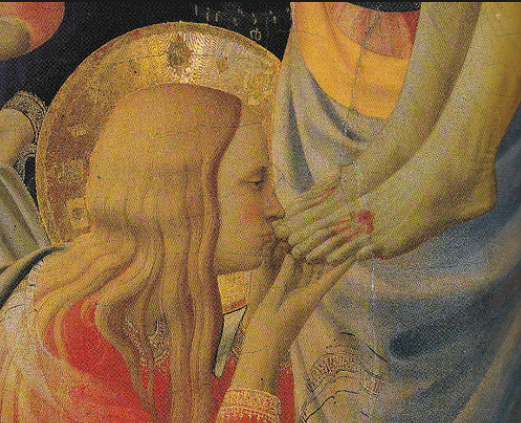 One of the things I most love about the line of work I’ve fallen into—writing books that push the Christian theological envelope—is that it brings me into conversation with so many fascinating people around the world. The majority of these folks belong to the general category of what I’d call “heartbroken Christians:” thoughtful, prayerful, sincere spiritual seekers, often deeply committed to other spiritual paths, who have found in my books permission to re-open their own deep questions and take a second look at Jesus and the Christian path. At any given time, I’ve probably got a half-dozen of these conversations going on. I particularly enjoyed the following one last week with Robert Perry in New Zealand, who has graciously given his permission to reproduce it here.

Your stunning book, The Wisdom Jesus, which I purchased only three weeks ago, has had a profound effect on me, and the opportunity to ask you a few questions about it directly has felt like an important thing for me to seek.

I understand that you receive a lot of email and that you may not be able to reply straight away – no problem. I also want to clarify that, contrary to possible appearances, when I ask the questions below, I am not “in my head”. I’m thirsty for clarification on a heart level more so than on the level of intellect.

Before I begin with the questions, I just want to add that I met you a few years ago when you spoke at St Andrew’s-on-the-Terrace in Wellington. I certainly don’t expect you to remember me, but, as a Gnostic-Christianity-loving Buddhist, I was inspired by your emphasis on the wisdom aspect of Jesus’ teaching, and the practice of kenosis, so essential to Buddhism under a different name. This talk of yours, and your book, have provided a doorway for me into a more mature take on Christianity which my heart has always known to exist and been in love with, but has, for thirteen years, had a great deal of trouble finding.

So here are my questions:

Spiritual teacher Ram Dass, with whom I’m sure you’re familiar, often says, “Suffering is grace.” The reason this has been so helpful to me is that it has reframed suffering in a positive light and has given it a spiritual context. When I say “positive light”, I don’t mean that in a masochistic way. The most inspirational passage for me in ‘The Wisdom Jesus’, and simultaneously the most confusing, is on pages 99-100, where you say it is “not in spite of but because of [this earthly realm’s] very density and jagged edges [that] offers precisely the conditions for the expression of certain aspects of divine love that could become real in no other way.” That sentence I have no problem with at all, because to me it sounds the same as “Suffering (the jagged edges) is grace.” There appears to be an implication that the “jagged edges” of this realm are somehow deliberately and divinely designed that way, which is why I felt this inspirational and comforting perspective was being snatched away from me when you then said, twelve lines later, “Let me be very clear here. I am not saying that suffering exists in order for God to reveal himself. I am only saying that where suffering exists and is consciously accepted, there divine love shines forth brightly.” Now it sounds like God comes in after the jagged edges; that God had nothing to do with the jagged edges being there in the first place – that the jagged edges were just random and meaningless and painful. All I know is how important and liberating it is for me to find a perspective on suffering as not being random, as being meaningful, and as being ultimately and paradoxically something that assists one beyond suffering – something that, to use your words, “offers precisely the conditions for the expression of certain aspects of divine love.” Unless you’re able to clarify and reconcile these apparently divergent statements in the book, I want the passage from twelve lines earlier back!

What I’m trying to say here is that suffering is the inevitable outcome of the conditions of this planet, which include hard edges and finite boundaries. But this is not random; God has created it in precisely this way because it is precisely in these conditions and only these conditions that certain aspects of love shine forth so luminously—and it is precisely this luminosity which God is trying to reveal, the innermost self-disclosure of the heart of divine love. I’m trying to avoid the trap here that god “creates” suffering (for our education, our growth, etc;) that may make suffering meaningful, but at a high cost in the perpetuation of the image of a micro-managing, sadistic God. I’m saying that God doesn’t cause the suffering directly; the conditions do that. But the conditions are necessary for the full revelation of love, and God is infinitely, immediately present in these conditions to reveal this love as the silver lining in the suffering if we are open to receive it.

On page 61, you say something that, for chronological reasons, any Buddhist would be a tiny bit offended by – “[Jesus] is the first truly integral teacher to appear on the planet.” I’m open to the possibility that this is true, but I’m not sure what you mean by “integral.” What was so much more “integral” about Jesus’ teaching in comparison to the Buddha’s teaching?

What I meant to say was in the west. Somehow either I misstated that or it got edited badly and I failed to pick it up. In either case my apologies: you are quite correct.

In his book ‘Be Here Now’, Ram Dass (my favourite teacher!) says, “Do you think that when Christ is lying there and they’re nailing the nails in he’s saying, ‘Oh man, does that hurt!’? He said the night before: ‘Well, tomorrow is the big trip. Yeah – right – these are the nails. Wow! Look at that!’” The idea I got from this is that a spiritual master as highly advanced as Jesus or Buddha is fully human – they still get a sore back; their mind still experiences the whole panorama of human emotional pleasure and pain – but their identification with, and propensity for suffering from, such mental or physical states has been, as they say in Buddhism, “irreversibly severed.” This question is not just speculative curiosity on my part. It’s important to me because I need to know that freedom from (by which I mean “in the midst of”) suffering is waiting at the end of the path. When, at St Andrew’s-on-the-Terrace, I am encouraged on Good Friday to empathize with Jesus’ isolation, loneliness and despair, I have a strongly aversive reaction to that, because if Jesus was fitting anything less than Ram Dass’ description up on that cross, what hope for freedom from suffering do I eventually have? Partly, too, it’s because my own subjective model of an enlightened being, which I acknowledge is just a model, is not compatible with the image of an awakened master overwhelmed by a very unenlightened identification with feelings of betrayal and doubt. All of this leads to my difficulty with your statement, on page 117, that you favour the scenario of Jesus’ excruciating physical and spiritual anguish because it is “more consistent with the sacramental necessity that Jesus drink to the dregs the full anguish of the human condition.” I understand what you mean there, and I’m actually quite moved by the cosmic necessity for Jesus to “penetrate all the way to the root of human darkness.” But my brain can’t compute the idea of a fully awakened spiritual master anguishing to this degree, or to any degree, and my brain doesn’t want to. Perhaps the scenarios in the Gospels are ones from which one can pick and choose, but, as I say, I am touched by this idea of sacramental necessity, and so I’m hoping you can help me reconcile these seemingly incompatible ideas, rather than just telling me to throw one of them out.

Well, to begin with, as I’ve read these gospel texts further and allowed myself to see what’s hidden in plain sight, it’s now become imminently clear that Jesus did not die alone or abandoned. Mary Magdalene was right there beside him through the whole thing, holding him in unmovable love, and rendered invisible only by the not-so-hidden agendas of some of the gospel authors (I discuss this in greater depth in my recent book on Mary Magdalene). And so we have to factor in from the start some editorializing and exaggeration in the synoptic gospel accounts of Jesus’ final human moments. That in and of itself might soften the strength of your “aversive reaction.”

That being said, however, I do think it’s a romanticism to suggest that advanced spiritual masters do not suffer and anguish at the human level. Suffering and anguish are an inevitable and deeply sacramental reality of the human condition. The equanimity of a true spiritual master is not ideally an equanimity which prevents the onset of these experiences: it simply allows one to retain equanimity in their midst. Equanimity is not a state, but the laser point of the will.

On the way to Calvary, why didn’t Jesus, out of self-compassion, fight back? Why did he let himself be trampled on? Was it a teaching in kenosis?

Once you’ve imprinted in your very being that every constrictive motion (bracing, defending, self-justifying, etc.) is far harsher than fingernails screeching on a blackboard, there’s no way you can actually make these reactive gestures. That’s the physiological underpinning of his response, one which you can come to verify in your own being fairly quickly through the practice of Centering Prayer. On a spiritual level, the standard theological answers hold true here. Jesus was a man on a mission, and the mission was not to defend his egoic empire but to ground truth his teachings in his own life by demonstrating that perfect love casts out fear.

Is it all a fable? I’m aware of certain things, including the existence of a sage called Jesus, being historically factual. But how much of it is historically factual? Almost the whole thing? And even if it is, is it something that is nevertheless best approached as a factual myth, in the sense of something whose spiritual truths are the only truths that matter? (Sorry – that was four questions!)

CYNTHIA:
Almost the whole thing is not only true but factual.

Thanks again for your time, Cynthia.