I am keenly aware of the irony in all this. Here I sit on my prayer cushion in the remote seclusion of Eagle Island, more than twenty-four hours now elapsed since the island’s only other occupant headed ashore for an undisclosed period of time, taking the mailboat with him.  It’s me, the eagle, the deer herd, the communion of saints. And nothing much in between.

I did not want to come out here. If I had my druthers, I would by now have been well on my way to North Carolina, to our eagerly-awaited Imaginal Wisdom School.  But the planet forced my hand, and I got dragged out here by my gumboots. I realized almost immediately it was the place I really needed to be.

“It takes about four days for things to shift,” Rafe always told me. Even for him, the relatively gentle transition from the monastic cloister to his mountain hermitage two miles away was always a qualitative shift, a whole different atmosphere. Restlessness, thinking, structuring, doing… all those human functions to mask our human terror of the naked immediacy of the present have to slowly fade away before the listening sets in a different bandwidth, before you discover that the silence is immensely, vastly connected to presence, wisdom, compassionate guidance. Before it starts to speak.

During those four days I got a lot done: cut up a huge maple limb that had fallen, stacked wood, answered correspondence, caught up on old books, systematically checked in with my immediate circle of family and friends, and even did a bit of zooming before my always-delicate solar system finally buckled under the strain. Prayer was good, filled with rich, compassionate connectivity. Rafe was around, as he always is out here. And yes, I startled for a moment when the mailboat captain informed me Sunday morning he was heading ashore and gave me the option to go or stay. But I knew I was not going. The airspace between the realms was beginning to clear.

The next morning at prayer the downpour began.

I wrote up the instructions first—the “homework”—in case the last gasps of solar and internet connectivity decided to give up altogether, as they looked certain to do for about three hours after I was finally released from my prayer cushion. I wanted to make sure that folks in the Wisdom community at least had the bottom line and could begin to work as they chose with the materials, even if I am shortly forced into complete social incommunicado.  But the instructions grow out of a wider picture, a picture that had been gradually coming to me over the weekend as I moved rocks and logs, as I walked the bare March earth marshalling in almost dizzying exhilaration for the imminent explosion of spring…

This is what I came out here to learn, to receive. And this is in turn what I pass on to you, the fuller version of the seeing, of which the earlier instructions are the practical applications. Make of them what you will. This is pretty much raw revelation, though I have tried to tone it down a bit.

The Oracle on Eagle Island

WHAT WE CAN DO

With love to all, c 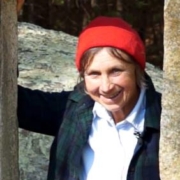 Introductory Wisdom School Online from the Center for Action & Contemplation 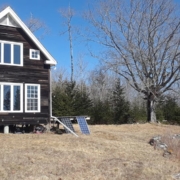 More on the instruction to decrease internet use
11 replies

More on the instruction to decrease internet use
Scroll to top