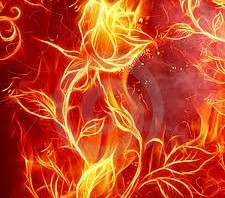 I have come to see that our yearning for intimacy is the way in which we human beings show ourselves to be most profoundly made in the image of God. Too often our pictures of God distort this essential point. When we think of God as a self-sufficient “first cause”;” when we pray (as in one of those Eucharistic liturgies), “Oh God, you have no need of our prayers,” we are allowing our philosophical minds to betray what our hearts know so indelibly: that God’s yearning for intimacy is the real cause of everything, and the only reality in which our hearts can ultimately find refuge. The old Islamic saying puts it well when it depicts God speaking these words: “I was a hidden treasure and I longed to be known. And so I created the worlds visible and invisible.”

That yearning for intimacy runs through the marrow of everything, joining together the visible and invisible realms, everything we know of our own hearts with everything we know of the cosmic heart. Quarks, molecules, human relationships in all their messiness—everything reverberates with the big bang of God’s primordial yearning for self-communication, for a gravitational field of “knowing and being known.” That’s the profound mystical intuition the doctrine of the Trinity holds at its heart. Even the word “consciousness” begins with “con”—“with”; otherwise it’s just “sciousness” —omniscient, perhaps, but all locked up in itself.

The divine energetic flow is more like eros than agape, as mystics of all spiritual traditions have intuitively known. Its yearning is palpably felt in our own hearts, with an intensity almost more than we can bear. In fact, that’s precisely how one of Christianity’s greatest mystics, William Blake, expressed it: “We are here on earth a little while to learn to bear the beams of love.” That long over-idealized (and over-sanitized) agape, so often depicted as the primary nature of divine love, is not how the situation actually stands; agape is the Omega of Divine Love, not the Alpha. Once again the Trinity furnishes us with the template for understanding. It shows us how Love becomes quieted in itself, serenely flowing and gentled, as the eros that originally called it into being is gently, patiently subjected to kenosis, or “letting go.” Person by Person, Love simply empties itself into the Other. Not a renunciation, not a pushing away, but a gentle loosening of the grip on entitlement and insistence, so that eventually, in the turning of the wheel—(as the poet T.S. Eliot envisioned it):

…the tongues of flame are in-folded

into the crowned knot of fire,
and the fire and the rose are one.

I see this almost as a divine alchemical formula: A=Ek, in which A stands for agape, E for eros, and k for kenosis. It is the immutable law of the transformation of love, and it is the purpose to which everything on heaven and earth is bent. Ah, but at what cost!

“The presence of God is the absence of God,” my hermit teacher brother Raphael (Rafe) used to remind me. It was when he showed me how to turn the ache around, to experience it as God’s yearning for me rather than my yearning for God, that I eventually came to experience the ache itself as the tether connecting us: the homing beacon of God’s presence made manifest in the forcefield tugging at my heart.

You can do that with a human beloved as well. I learned that when Rafe died sixteen years ago, having promised me for three months beforehand that “nothing would be taken away” from the intimacy of our connection. Already during the last months of his life on earth, he had begun to prep me for this new mode of communication, training me how to sense his more subtle presence through the tether of yearning that joined together our two hermitages, a mile or so apart, in a single communion of hearts. Learning this skill while still in human flesh has helped me to rely on it much more confidently in these sixteen years now since his death, as our human intimacy has indeed continued uninterrupted, only now mediated through “the love that moves the sun and the stars.”

During the time of our human journey together—a far too short three and a half years, but evidently long enough for the lessons that had to be learned within it—I deeply resisted the standard celibate formulation that “our only real hunger is for God. No human being can fill that space.” Not only did that statement seem patently untrue (I knew very well whom it was I hungered for), it also seemed to have the dubious effect of turning God into an object, a suitor among other suitors, to whom saying “yes” required that I say “no” to a human beloved. That simply didn’t ring true with my experience of God, and I resisted having my flesh-and-blood of actual human intimacy so cavalierly spiritualized.

Nowadays I see the situation somewhat differently. What I’d say now is not that we “hunger for God,” but rather, that love is an infinite yearning within us, which cannot, precisely because of its infinite origin, be completely consumed or exhausted in the finite realm. It is, as I said, an echoing reverberation of that primordial “big bang” of God’s own yearning for intimacy, and so its ultimate trajectory will always be toward the infinite. It will eventually overleap its fragile human vessels and point directly, like a finger to the moon, toward Divine love. That does not mean we give up our human beloveds; but it does mean that Love will eventually tend to turn all our human encounters into “the bush that burns but is not consumed.” By its own internal dynamism it pushes toward what T.S. Eliot (again, in one of his Four Quartets) calls “another intensity,” where Agape-come-full will usher us into “a further union, a deeper communion.” Even in the most intense, passionate, “starcrossed lovers,” one-of-a-kind human relationship, the A=Ek principle still holds firm. It is only through widening space, letting go, deferring to the trajectory of Love itself, that human desiring will put on the wedding garments of eternity.

The great human love stories all ring with this alchemy, of course. That most magnificent of metaphysical poets, John Donne, wrote about it with brilliant clarity in his “A Valediction: Forbidding Mourning”:

Our two souls therefore, which are one,
Though I must go endure not yet
a breach, but an expansion,
like gold to airy thinness beat.

What part of alchemy do you not understand?

But while the path of relationship with a human beloved is so often and authentically the gateway into divine love, the minefields are also real. It runs the risk of diverting the quest for divine intimacy into the search for the perfect partner—or worse yet, stalling out the whole process in despair or envy on the assumption that the only way to get into the ballpark in the grail quest for intimacy is if one first has first found a “somebody” to be intimate with.

Not the case! The single most astonishing discovery I have made in these decades now of spiritual journeying was put into words by Robert Sardello in his wonderful book Silence (Goldenstone Press, 2006). There I finally could claim the truth I had actually come to recognize in my own life of prayer: that intimacy is not simply a current flowing between two bodies; it is an intrinsic property of the human heart and can be experienced directly as such. Precisely because our hearts are holograms of the divine heart and reverberate in that same vibratory tether, we can come to know “pure intimacy” as a relational field verifiable within our own being. All it takes is that we learn to sit in the stillness of contemplative prayer and find our way into our own hearts through sensation—not through memory, emotional drama, or any of those other cataphatic faculties that ruffle the surface of the heart and disturb its perfectly mirroring capacities. And indeed, I had first became familiar with this bandwidth of pure intimacy through my long years of Centering prayer. But not until reading Sardello did I understand it for what it was; I simply recognized it as a certain “golden tenderness” that sometimes engulfed me in the nanoseconds between the thoughts.

Cosmic intimacy is the trousseau with which we come to this planet, the reverberating frequency through which we are able to realize all of this beautiful, holy, God-saturated universe as “the beloved.” It is hardwired into our hearts, so that we will always be able to find our way home. And so that God’s love can again and again come full and whole in the crucible of our human hearts.

This article was originally published in the current issue of Radical Grace, available through The Center for Action and Contemplation cacradicalgrace.org