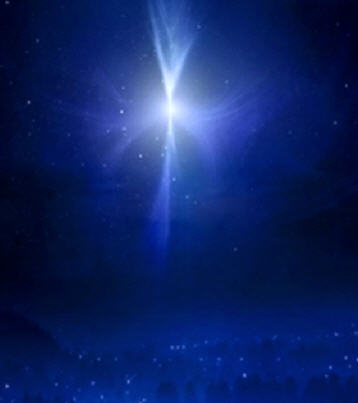 We would like to take this opportunity to wish you all a joyous and blessed Christmas – and to share this brief excerpt of Cynthia’s writing capturing how one very special, timeless moment can glow “with the fullness of God.”

There was one evening, almost eventless in its own right, that somehow stands out in the constellation of my Rafe memories like a first-order star. It was late October, about six weeks before Rafe’s death, with the first real snowfall of the season. Earlier that week he had brought his tractor and woodcart up the mud-slicked road for a major run-up on getting the winter wood in. We’d spent the afternoon together working in the woods, but I was dragging and a little sick, and although he was not in much better shape himself after an afternoon of chain-sawing in the snow, he insisted on bringing me down the hill. He fired up the tractor, dusted the snow off; then, carefully laying an old poncho in the cart for me to sit on, he boosted me in, and we took off down the hill. Somewhere around the first bend, we both became aware of something extraordinary going on, as if this little voyage were suddenly trekking across the face of a far vaster deep.

Twelve hours later, the vividness still only barely receding, I tried to capture some the feeling of it in my journal:

Cold, snow…seriously winter again…and we are on the tractor, and Rafe is bringing me down the hill…. The little guy in his watch cap, alternately standing up and sitting down on the damp tractor seat. Me in the cart back behind, sitting on top of the snow on a green rain poncho, and the old tractor lurching happily along the well-loved road, soft but not deep in snow: a kind of bizarre flight into Egypt or journey to Bethlehem, it occurred to me… And from out beneath the tattered, scuddy remnants of the storm, the night star – one… two! Rafe standing up, looking around, watchful, watchman – and Lord, how I never wanted that ride to end! For a timeless moment – like a slice from another reality – it glowed with the very fullness of God, the infinite vastness and tenderness to which all things here below obliquely point.

It was nothing new, just a quality of intensity, a deepening to everything. That beauty which is “only the beginning of terror we could just scarcely bear” hovering near a heart not quite vast enough to contain it, a cosmos not quite real enough to encompass it…yearning, straining at the entrails…

When we reached the bottom of the hill, not much more was spoken between us. Rafe was as blown away as I. He helped me out of the cart and for just a moment we looked at each other – or perhaps more through each other, toward the quivering beauty, yet somehow the poignancy, of that other depth. “It’s close,” he said cryptically. Then, as the familiar world of monastery barnyard gradually returned, we brushed the Scout loose from its dusting of snow and went our ways into the night.

A New Place to Call Home
Scroll to top